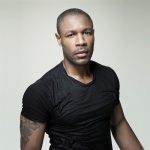 Durrell Babbs (January 1, 1976), better known as Tank, is an American R&B singer, songwriter and record producer. Tank was born in Wisconsin and was raised in Washington D.C. and was previously dedicated to football before fully pursuing music. As he decided to venture into his music career, he eventually landed a spot to sing with Ginuwine as a background vocalist on one of his tours. Tank pursued a solo career in 2001 with his debut album, ‘Force of Nature’ followed by his second album ‘One Man’ in 2002. Before the release of his next album, Tank became a popular writer having written songs for Brian McKnight, Aaliyah, Kelly Rowland and Jamie Foxx amongst many others. His third solo album finally arrived, ‘Sex, Love & Pain’ in 2007 and his single, ‘Please Don’t Go’ peaked at number 42 on the US Billboard Hot 100. The single was eventually nominated for a Grammy for Best R&B Male Vocal Performance. Tank moved onto his fourth studio album ‘Now or Never’ featuring a number of famous R&B artists such as Chris Brown, LeToya Luckett and Drake. His fourth album, ‘This Is How I Feel’ came to follow later in 2012. In 2013, Tank formed a group with Ginuwine and Tyrese Gibson called TGT only producing one album together titled ‘Three Kings’ which peaked at number 3 on the billboard 200 chart. Tank moved onto his sixth studio album, ‘Stronger’ in 2014 followed by a mixtape album ‘If You Were Mine’ in 2015. ‘Sex Love & Pain II’ was released in 2016 as his seventh studio album which debuted at number 1 on the Billbaord R&B Chart. As Tank went on to record with other artists, he released his eighth album, ‘SAVAGE’ in 2017 producing his biggest hit, ‘When We’ with 48 million plays on Spotify. His most recent body of work, ‘Elevation’ was released in 2019 still adapting his signature R&B sound.

How to book Tank?

You can book Tank for your event by contacting Tank's agent. Tank agent will be able to provide you everything you need to hire Tank including availability and pricing. You can get the contact info for Tank's agent in our database.

The contact details for Tank management can be found here at Booking Agent Info. You can get access to all of Tank contacts by signing up and becoming a member. Tank's manager is J Valentine. Email [email protected] if you have questions about our service.

You will want to contact Tank's publicist. Tank's press and management team handles all inquiries involving: interviews, press, and all things media related. You can get the contact info for Tank publicist at Booking Agent Info.

What is Tank's booking price?

The Tank booking fee depends on different factors like the date, location, and market activity. Booking Agent Info provides price estimates for booking Tank, and you would need to contact Tank's agent to get the official pricing.

..with the contact information for Tank agent, manager, and publicist. 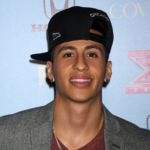 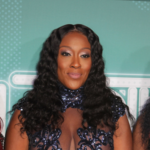 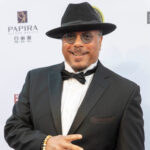