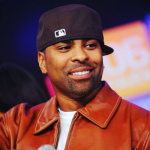 Elgin Baylor Lumpkin (October 15, 1970) is a popular American singer and dancer who goes by the name Ginuwine. He is known for his sensual R&B and hip-hop sound, more specifically for his single, ‘Pony’. Born in Washington, D.C, the young artist began his career in New York in the 1990s, becoming a member of Jodeci’s DeVante Swing’s record label, Swing Mob. This led him to meeting Missy Elliot, Static Major and Timbaland. Although Swing Mob eventually became defunct, Timbaland went on to help Ginuwine on his first album, ‘Ginuwine… The Bachelor’ released in 1996 with lead single, ‘Pony’, which now has 253 million plays on Spotify. The album went on to be a certified double-platinum hit, solidifying Ginuwine’s R&B career. The album contains some of his other hits such as ‘Tell Me Do U Wanna’, ‘Holler’ and ‘Only When Ur Lonely’. Timbaland went on to produce his next album, ‘100% Ginuwine’ in 1999, containing Ginuwine’s hits such as ‘What’s So Different?’, ‘None of Ur Friend’s Business’ and top hit ‘So Anxious’, which turned platinum that year. In the same year, he released single ‘Differences’ which is his 2nd most played song under ‘Pony’. Said to be a bonafide sexy symbol, Ginuwine’s popularity grew every year. He went on to release his third album, ‘The Life’ in 2002, followed by ‘The Senior’ in 2003, ‘Back II Da Basics’ in 2005, ‘I Apologize’ in 2007, ‘A Man’s Thoughts’ in 2009 and ‘Elgin’ in 2011. Apart from his music career, Ginuwine also had his time as an actor featuring in Juwanna Mann as an R&B singer, a few episodes of Moesha and appeared on show, Half & Half. In 2013, he linked up with R&B artists Tank and Tyrese to form vocal group TGT, releasing ‘Three Kings’ in that same year. Ginuiwine is still regarded as a fan favourite in the R&B scene and received a handful of nominations; BET Awards in 2003, AMA in 2002 – 2003, Soul Train Music Awards in 2000, and Grammy nominated in 2014. He received Best R&B/Soul Male Album in 2000 at the Soul Train Music Awards.

How to book Ginuwine?

You can book Ginuwine for your event by contacting Ginuwine's agent. Ginuwine agent will be able to provide you everything you need to hire Ginuwine including availability and pricing. You can get the contact info for Ginuwine's agent in our database.

The contact details for Ginuwine management can be found here at Booking Agent Info. You can get access to all of Ginuwine contacts by signing up and becoming a member. Ginuwine's manager is Susan Barr. Email [email protected] if you have questions about our service.

You will want to contact Ginuwine's publicist. Ginuwine's press and management team handles all inquiries involving: interviews, press, and all things media related. You can get the contact info for Ginuwine publicist at Booking Agent Info.

What is Ginuwine's booking price?

The Ginuwine booking fee depends on different factors like the date, location, and market activity. Booking Agent Info provides price estimates for booking Ginuwine, and you would need to contact Ginuwine's agent to get the official pricing.

..with the contact information for Ginuwine agent, manager, and publicist. 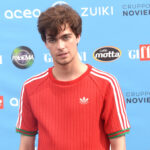 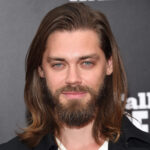 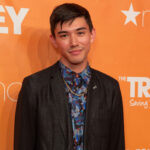