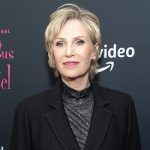 Jane Lynch was born July 14th, 1960 in Dolton, Illinois. She is an actress best known for her roles in Glee, Wreck It Ralph, and The 40-Year Old Virgin. Lynch received a star on the Hollywood Walk of Fame on September 4th, 2013, and has been recipient of three Primetime Emmys, a Golden Globe Award, a Gold Derby Award, People’s Choice Award, and a Satellite Award during her career.

Lynch can also be seen in Role Models, Criminal Minds, Angel From Hell, Dropping The Soap, Two and a Half Men, Murder Police, Rio, Party Down, Shrek Forever After, Julie & Julia, Reno 911!, Ice Age: Dawn of The Dinosaurs, Mr. Troop Mom, The L-Word, and Weather Girl.

How to book Jane Lynch?

The contact details for Jane Lynch management can be found here at Booking Agent Info. You can get access to all of Jane Lynch contacts by signing up and becoming a member.

You will want to contact Jane Lynch's publicist. Jane Lynch's press and management team handles all inquiries involving: interviews, press, and all things media related. You can get the contact info for Jane Lynch publicist at Booking Agent Info.

What is Jane Lynch's booking price?

The Jane Lynch booking fee depends on different factors like the date, location, and market activity. Booking Agent Info provides price estimates for booking Jane Lynch, and you would need to contact Jane Lynch's agent to get the official pricing.

..with the contact information for Jane Lynch agent, manager, and publicist. 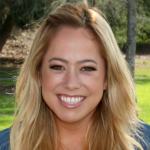