Hailing from Memphis, Tennessee, United States, The Bar-Kays is an American band that performs funk, disco, and R&B music. The makeup of the band has changed throughout the years but has consisted of James Alexander, Carlos Sargent, Darryl Sanford, and Katrina Anderson.

The Bar-Kays began performing together in 1964, and in the years that followed, they played for artists like Otis Redding, Booker T. Jones, and Al Jackson Jr. Their discography includes the hit singles Too Hot To Stop, Soul Finger, Hit And Run, Holy Ghost, Freakshow on the Dance Floor, and the albums Flying High on Your Love, Injoy, and Nightcruising.

How to book The Bar-Kays?

The contact details for The Bar-Kays management can be found here at Booking Agent Info. You can get access to all of The Bar-Kays contacts by signing up and becoming a member.

You will want to contact The Bar-Kays's publicist. The Bar-Kays's press and management team handles all inquiries involving: interviews, press, and all things media related. You can get the contact info for The Bar-Kays publicist at Booking Agent Info.

What is The Bar-Kays's booking price?

The The Bar-Kays booking fee depends on different factors like the date, location, and market activity. Booking Agent Info provides price estimates for booking The Bar-Kays, and you would need to contact The Bar-Kays's agent to get the official pricing.

..with the contact information for The Bar-Kays agent, manager, and publicist. 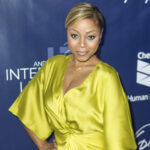 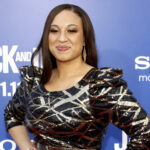