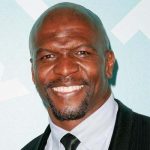 Terry Crews was born on July 30, 1968 in Flint, Michigan. After he graduated from Flint Southwestern Academy, he received an art scholarship from the Interlochen Center for the Arts. He was drafted by the NFL’s Los Angeles Rams in 1991 and played for other teams including the San Diego Chargers, Philadelphia Eagles, and the Washington Redskins before retiring for his football career in 1997.
Crews began acting in 1999, but would receive his breakout role in the 2002 comedy Friday After Next. In the early 2000’s, he starred in many movies including White Chicks (2004), which got the attention of Adam Sandler who changed a role in his movie The Longest Yard (2005) to give to Crews. Later that year, he landed the role of Nick Kingston-persons in the CW sitcom Everybody Hates Chris for four seasons until the show ended in 2009. Terry Crews has continued to act as in movies and television shows like the Expendables franchise and the FOX sitcom Brooklyn Nine-Nine (2013-present).

How to book Terry Crews?

The contact details for Terry Crews management can be found here at Booking Agent Info. You can get access to all of Terry Crews contacts by signing up and becoming a member. Terry Crews's manager is Troy Zien. Email [email protected] if you have questions about our service.

What is Terry Crews's booking price?

The Terry Crews booking fee depends on different factors like the date, location, and market activity. Booking Agent Info provides price estimates for booking Terry Crews, and you would need to contact Terry Crews's agent to get the official pricing.

..with the contact information for Terry Crews agent, manager, and publicist. 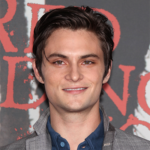