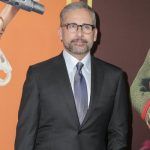 Steve Carell was born on August 16, 1962, in Concord, Massachusetts. In Chicago, he taught improvisational comedy, and was a part of The Second City troupe with Stephen Colbert. He made his film debut in 1991’s Curly Sue. He was a cast member of The Dana Carvey Show, and later a correspondent on The Daily Show from 1999 to 2005.

In 2005, Carell established himself as a leading man after playing the title character in The 40-year Old Virgin, which he developed and wrote with Judge Apatow. He reprised his role as Evan Baxter from Bruce Almighty (2003) in Evan Almighty (2007). His best-known role is probably that of Michael Scott in The Office, which he was the main star in for several years. He voiced Gru in the Universal CGI comedy Despicable Me and it’s sequels. He was nominated for both the Golden Globe for Best Actor, and the Academy Award for Best Actor, for his portrayal of millionaire heir and convicted murderer John Eleuthère du Pont in Foxcatcher (2014). In 2017, he portrayed tennis star Bobby Riggs in the biographical comedy-drama Battle of the Sexes, opposite Emma Stone co-starring as Billie Jean King.

How to book Steve Carell?

The contact details for Steve Carell management can be found here at Booking Agent Info. You can get access to all of Steve Carell contacts by signing up and becoming a member. Steve Carell's manager is Steve Sauer.

You will want to contact Steve Carell's publicist. Steve Carell's press and management team handles all inquiries involving: interviews, press, and all things media related. You can get the contact info for Steve Carell publicist at Booking Agent Info.

What is Steve Carell's booking price?

The Steve Carell booking fee depends on different factors like the date, location, and market activity. Booking Agent Info provides price estimates for booking Steve Carell, and you would need to contact Steve Carell's agent to get the official pricing.

..with the contact information for Steve Carell agent, manager, and publicist.