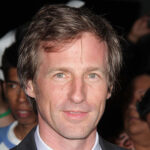 Spike Jonze was born on Rockville Maryland on October 22, 1969. His earliest directing projects were video shorts such as Video Days (1991), Wax: Hush (1992), X: Country at War (1993). In 2000, he served as the executive producer for the tv series Jackass and the documentary Jackass: The Movie. He was also involved in other Jackass projects in the following years.

In 2016, he produced the TV documentary Gaycation, Flophouse, Terror, Abandoned, Cyberwar, Payday, and Black Market with Michael K. Williams. The next year, he worked on Party Legends, Huang’s World, Nuts & Bolts, The Last Shot, Most Expensivest, and Fubar Age of Computer. His 2018 producing projects include Nivanna and the Band the Show, My House, It’s Suppertime!, Post Radical, and Tattoo Age.

In 2014, he won an Oscar for Best Writing for the Original Screenplay Her. The movie also won a Golden Globe for Best Screenplay – Motion Picture.

How to book Spike Jonze?

The contact details for Spike Jonze management can be found here at Booking Agent Info. You can get access to all of Spike Jonze contacts by signing up and becoming a member.

You will want to contact Spike Jonze's publicist. Spike Jonze's press and management team handles all inquiries involving: interviews, press, and all things media related. You can get the contact info for Spike Jonze publicist at Booking Agent Info.

What is Spike Jonze's booking price?

The Spike Jonze booking fee depends on different factors like the date, location, and market activity. Booking Agent Info provides price estimates for booking Spike Jonze, and you would need to contact Spike Jonze's agent to get the official pricing.

..with the contact information for Spike Jonze agent, manager, and publicist. 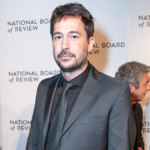