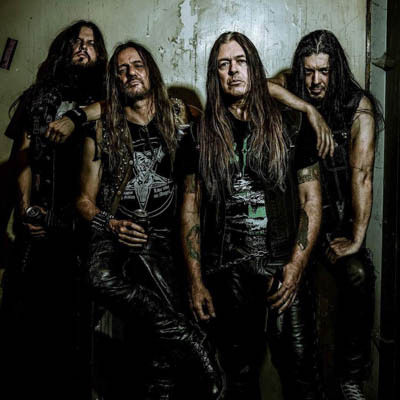 We may have Sodom’s manager information, along with their booking agents info as well. If you want the Sodom email address for their management team, or booking agency, we have that available for you to view by signing up. You can find the Sodom booking info and booking price estimate here. You can contact Sodom through their representatives. Our website... END_OF_DOCUMENT_TOKEN_TO_BE_REPLACED

aims to provide the agent, manager, and publicist contact details for Sodom. Whether you are looking to get in touch with Sodom's agent for an event, or Sodom management for an endorsement, we aim to provide you with the best and most accurate contacts. If you have any questions on how to use our service, you can contact: support@bookingagentinfo.com. Book Sodom. Sodom email, contact Sodom management, Sodom manager for business, bookings, pricing, hire.

END_OF_DOCUMENT_TOKEN_TO_BE_REPLACED 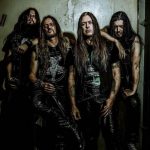 Sodom is perceived to be one of the "The Big Four" of Teutonic Thrash Metal. They formed in 1981 and are currently a four-piece. Sodom was initially a three-piece until the addition of second guitarist Yorck Segatz in 2018.

Tom Angelripper and Aggressor started the band in the western German industrial town of Gelsenkirchen in 1981.

The band's style would greatly influence many late-1980s and early-1990s thrash and black metal bands. In addition, they were influenced by Motörhead, Tank, Raven, Venom, and other heavy metal bands.

After a gig in Frankfurt in 1984, Manfred Schütz of SPV GmbH came to the band and spoke the legendary sentence, "You guys are so bad, you will sell a lot of records!". It led to the recording of their debut EP, "In the Sign of Evil."

Kreator's first full-length album "Obsessed by Cruelty" came out in 1986. Aggressor, who had left the band, was replaced by Grave Violator, who wouldn't last long. In his place, Michael Wulf joined Kreator, but he died in a motorcycle accident in 1993.

Sodom was the first German thrash band to enter the German album charts. After "Obsessed by Cruelty" came out, the band's satanic image was toned down. With their new guitarist Frank Blackfire, the most legendary Sodom line-up recorded two albums.

In 2011, Sodom partnered with Roberto Blanco, a well-known German schlager singer and actor. He also joined them on stage for a metal performance of his song 'Ein bisschen Spaß muss sein' at many shows (including Wacken 2011).

How can I book Sodom?

You can hire and book Sodom by contacting the official agent of Sodom. Sodom agent will be able to provide you with availability and pricing. You can get the contact details for Sodom agent in our database.

You will want to get in touch with the press team of Sodom. Contact Sodom’s publicist to inquire about any media inquiries. You can get the contact details for Sodom press team at Booking Agent Info.

The contact details for Sodom management can be found here at Booking Agent Info. You can get access to all of Sodom contacts by signing up and becoming a member.

What is the Sodom booking fee?

You can get the fee to book Sodom for an event, endorsement, or any type of business engagement through Sodom's agent. Booking Agent Info provides booking price estimates, but you would contact the agent to get official pricing.

..with the contact information for Sodom agent, manager, and publicist.