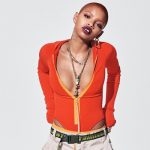 Simone Thompson, popularly known as Slick Woods, is a fashion model and actress born on August 13, 1996, in Minneapolis, Minnesota, USA. She was discovered at a bus stop by model Ash Stymest. She has appeared in campaigns for Moschino and Calvin Klein.

Slick has appeared in several magazines, including American Vogue, Vogue Italia, Vogue Japan, Glamour, i-D, Jalouse, Net-a-porter, Dazed, V and Love Magazine. She has been featured in a commercial for Urban Outfitters. She is one of the faces of Fenty Beauty.

Slick has been featured in runway shows for Fenty x Puma, Yeezy Season 4, Fendi, Marc Jacobs, Miu Miu, Golf Wang, and Jeremy Scott. She has appeared on Wild 'N Out, Love & Hip Hop: Hollywood, and Catfish: The Podcast. In 2019, she made her acting debut as Goldie in Goldie. She was featured in the short video Fenty Beauty: Fenty Beauty by Rihanna. In 2022, she starred as Slick in the new season of Grown-ish.

How to book Slick Woods?

The contact details for Slick Woods management can be found here at Booking Agent Info. You can get access to all of Slick Woods contacts by signing up and becoming a member.

You will want to contact Slick Woods's publicist. Slick Woods's press and management team handles all inquiries involving: interviews, press, and all things media related. You can get the contact info for Slick Woods publicist at Booking Agent Info.

What is Slick Woods's booking price?

The Slick Woods booking fee depends on different factors like the date, location, and market activity. Booking Agent Info provides price estimates for booking Slick Woods, and you would need to contact Slick Woods's agent to get the official pricing.

..with the contact information for Slick Woods agent, manager, and publicist. 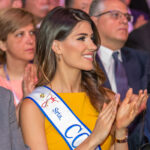