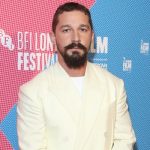 Shia LaBeouf was born on June 11, 1986 in Los Angeles, California. He started his career playing Louis Stevens in the Disney Series Even Stevens, which earned him a Young Artist Award and a Daytime Emmy. He appeared in the film Holes, an adaptation of the book of the same name. He also had a co-starring role in Constantine in 2005. He lent his voice to Nausicaä of the Valley of the Wind. His big starring role came in 2007 with the thriller Disturbia and later with his role in Transformers. He starred in Indiana Jones and the Kingdom of the Crystal Skull in 2008 and in Eagle Eye the next year. He directed the music video for Cage in 2009 and reprised his role in the sequel to Transformers.

In 2010, he starred in the sequel to Wall Street and returned for the third Transformers movie. He joined the cast of Lawless and in 2013 joined the movie Fury. He also starred in American Honey and will appear in 2017’s Borg/McEnroe.

How to book Shia LaBeouf?

The contact details for Shia LaBeouf management can be found here at Booking Agent Info. You can get access to all of Shia LaBeouf contacts by signing up and becoming a member. Shia LaBeouf's manager is John Crosby.

You will want to contact Shia LaBeouf's publicist. Shia LaBeouf's press and management team handles all inquiries involving: interviews, press, and all things media related. You can get the contact info for Shia LaBeouf publicist at Booking Agent Info.

What is Shia LaBeouf's booking price?

The Shia LaBeouf booking fee depends on different factors like the date, location, and market activity. Booking Agent Info provides price estimates for booking Shia LaBeouf, and you would need to contact Shia LaBeouf's agent to get the official pricing.

..with the contact information for Shia LaBeouf agent, manager, and publicist.