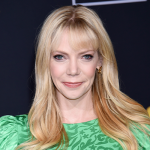 She came into the spotlight after being cast in Tim Robbins’ hit play, "Embedded", which played at the Public Theater in New York City, Riverside Studios in London and The Actor's Gang Theater in Los Angeles. Shortly after her success with the play, Lindhome made her film debut in the Clint Eastwood film, Million Dollar Baby (2004) where she starred as "Mardell Fitzgerald".

In 2006, she wrote and co-directed the award-winning short, Life Is Short with Dori Oskowitz. The movie starred Alexis Bledel, Seth MacFarlane, and Samm Levine. She also co-directed another short film titled Imaginary Larry in 2009 with Dori Oskowitz. Since then, Lindhome has streamlined her operations to film, TV, and commercials. She performs in the LA-based comedy duo, Garfunkel & Oates, with Kate Micucci.

When she’s not acting, writing, or directing, Lindhome shares on her podcast, Making It where she interviews people in the entertainment industry and talks about their success stories.

How to book Riki Lindhome?

The contact details for Riki Lindhome management can be found here at Booking Agent Info. You can get access to all of Riki Lindhome contacts by signing up and becoming a member. Riki Lindhome's managers are Oliver Obst and Sarah Shyn Ayala.

What is Riki Lindhome's booking price?

The Riki Lindhome booking fee depends on different factors like the date, location, and market activity. Booking Agent Info provides price estimates for booking Riki Lindhome, and you would need to contact Riki Lindhome's agent to get the official pricing.

..with the contact information for Riki Lindhome agent, manager, and publicist.