Neil Percival Young was born on 12th November, 1945 in Toronto, Canada. He is a singer, musician, artist, performer, songwriter, lyricist, composer, guitarist, and activist. Rock and pop are his musical specialties, and his style is hard rock, singer/songwriter, album rock, country-rock, folk-rock, psychedelic/garage, film score, and contemporary pop/rock. Some of his song highlights are “Heart of Gold”, “The Needle and the Damage Done”, “Old Man”, “After the Gold Rush”, “Mr. Soul”, “Only Love Can Break Your Heart”, “Sugar Mountain”, “Don't Let It Bring You Down”, “War of Man”, and many more. Young is also known for being a member of the bands Crosby, Stills & Nash, and Buffalo Springfield. In the movies, he is known for creating the soundtrack of “Dead Man”, “Philadelphia”, “Hotel Artemis”, “The Box”, “Big Little Lies”, etc. In 2009, he won a Grammy Award for Best Boxed or Special Limited Edition Package for “Neil Young Archives Vol. I (1963 - 1972)”, and in 2010, he won a Grammy Award for Best Rock Song for “Angry World”. He also has 27 Grammy Award Nominations, a Felix Award, a VMA Award, and a Peabody Award. In 1994, Young won an Oscar for Best Music, Original Song for “Philadelphia”.

How to book Neil Young?

The contact details for Neil Young management can be found here at Booking Agent Info. You can get access to all of Neil Young contacts by signing up and becoming a member. Neil Young's managers are Tim Bruegger, Frank Gironda and Bonnie Levetin.

You will want to contact Neil Young's publicist. Neil Young's press and management team handles all inquiries involving: interviews, press, and all things media related. You can get the contact info for Neil Young publicist at Booking Agent Info.

What is Neil Young's booking price?

The Neil Young booking fee depends on different factors like the date, location, and market activity. Booking Agent Info provides price estimates for booking Neil Young, and you would need to contact Neil Young's agent to get the official pricing.

..with the contact information for Neil Young agent, manager, and publicist. 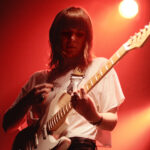 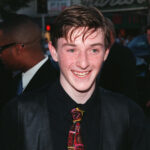 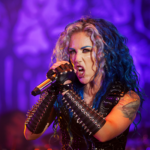 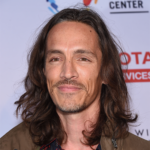