María Peláez Sánchez, widely known as María Peláe, is a singer and songwriter born in Malaga, Spain, on March 31, 1990. She gained prominence for songs like Que Vengan A Por Mí and Mi Tío Juan. She wrote two finalist songs, Arde and Nobody is saved, to represent Spain in Eurovision.

How to book María Peláe?

The contact details for María Peláe management can be found here at Booking Agent Info. You can get access to all of María Peláe contacts by signing up and becoming a member. María Peláe's managers are Oscar Piñuela and Laura Del Moral.

You will want to contact María Peláe's publicist. María Peláe's press and management team handles all inquiries involving: interviews, press, and all things media related. You can get the contact info for María Peláe publicist at Booking Agent Info.

What is María Peláe's booking price?

The María Peláe booking fee depends on different factors like the date, location, and market activity. Booking Agent Info provides price estimates for booking María Peláe, and you would need to contact María Peláe's agent to get the official pricing.

..with the contact information for María Peláe agent, manager, and publicist. 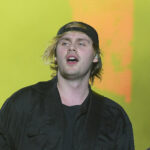 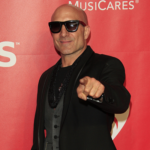