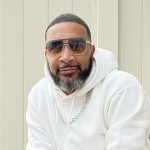 Lonnie Bee is a digital influencer, actor, and content creator born on October 23 in Washington, DC, USA. He studied Business Management at George Washington University. Lonnie became prominent several years ago after posting a video that later went viral on Facebook in an attempt to reach a friend. He has more than 1 million followers across his social media accounts. The video garnered numerous likes, comments, and shares.

Due to this video, people began asking him for advice. His content covers several topics, with self-love as his central theme. Lonnie took his advice, jokes, and conversations from online to on-stage. He has staged sold-out shows in several cities across the United States. His platform is a beacon of hope to his viewers and followers.

In 2020, he starred in Holiday Heartbreak. He owns Loonie Bee Production. His shows include Loonie Bee's Fashion Show, Unfiltered Friends with Loonie Bee, UpClose & Personal "Grown Folks TV," Good Good Girlfriends, and What's "New" with your Judy on Duty. He has over 421,000 followers on his @IamLonnieBee Instagram account. His YouTube channel has over 75,000 subscribers and more than 715,000 followers on Facebook.

How to book Lonnie Bee?

The contact details for Lonnie Bee management can be found here at Booking Agent Info. You can get access to all of Lonnie Bee contacts by signing up and becoming a member. Lonnie Bee's manager is KJ Johnson.

You will want to contact Lonnie Bee's publicist. Lonnie Bee's press and management team handles all inquiries involving: interviews, press, and all things media related. You can get the contact info for Lonnie Bee publicist at Booking Agent Info.

What is Lonnie Bee's booking price?

The Lonnie Bee booking fee depends on different factors like the date, location, and market activity. Booking Agent Info provides price estimates for booking Lonnie Bee, and you would need to contact Lonnie Bee's agent to get the official pricing.

..with the contact information for Lonnie Bee agent, manager, and publicist.