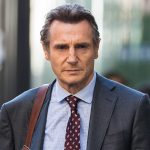 Liam Neeson was born on June 7, 1952 in Ballymena, Northern Ireland. He joined a theater group before getting his first film role in the 1977 film Pilgrim’s Progress. He had a stage role in Of Mice and Men, which led to his work in the film Excalibur. Throughout the 1980s, he starred in several films, such as The Bounty, The Mission, Suspect and Darkman. He also worked on the television series Miami Vice in 1986.

Neeson gained worldwide recognition for his part as Oskar Schindler in Schindler’s List, earning him an Academy Award nomination. Neeson later starred in Rob Roy, The Haunting and Star Wars: Episode I. He also starred in the romantic dramedy Love Actually, Gangs of New York and Kingdom of Heaven. He also starred in the action film Taken and its later sequels, which made him an action star opposite Maggie Grace. Neeson later narrated several documentaries and provided the voice of Aslan in The Chronicles of Narnia movies.

How to book Liam Neeson?

The contact details for Liam Neeson management can be found here at Booking Agent Info. You can get access to all of Liam Neeson contacts by signing up and becoming a member.

You will want to contact Liam Neeson's publicist. Liam Neeson's press and management team handles all inquiries involving: interviews, press, and all things media related. You can get the contact info for Liam Neeson publicist at Booking Agent Info.

What is Liam Neeson's booking price?

The Liam Neeson booking fee depends on different factors like the date, location, and market activity. Booking Agent Info provides price estimates for booking Liam Neeson, and you would need to contact Liam Neeson's agent to get the official pricing.

..with the contact information for Liam Neeson agent, manager, and publicist.