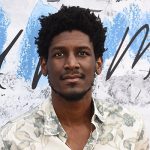 Labrinth is the stage name of the English singer, songwriter, rapper, musician, and record producer Timothy Lee McKenzie. He was born in Hackney, England on January 4, 1989. As a kid, he and his eight siblings formed the band Mac 9. At 15 years old he started producing music with his brother Mac. In 2009 he started his professional career producing the song “Dead End” for the singer Master Shortie. After the release of that song he was signed to a publishing deal with EMI Music Publishing. In 2010 he was signed by Simon Cowell as a solo act to his label Syco Music. He was the first person that was signed by Simon Cowell that didn’t come from a talent show in six years. That same year he released his debut single titled “Let the Sun Shine.” The song reached number three on the UK singles chart and number thirty-two in Ireland. In 2012 he released his debut studio album titled Electronic Earth. The album reached number 2 in the UK, 19 in Ireland, 6 in Scotland and was certified Gold in the UK. Labrinth has also released two EPs, iTunes Festival: London 2012 and Atomic.

How to book Labrinth?

You can book Labrinth for your event by contacting Labrinth's agent. Labrinth agent will be able to provide you everything you need to hire Labrinth including availability and pricing. You can get the contact info for Labrinth's agent in our database. Labrinth's former agents are Jeffrey Hasson and Jonathan Levine.

The contact details for Labrinth management can be found here at Booking Agent Info. You can get access to all of Labrinth contacts by signing up and becoming a member. Labrinth's managers are Jamie Binns, Sofia Gold and Adam Leber. Email [email protected] if you have questions about our service.

You will want to contact Labrinth's publicist. Labrinth's press and management team handles all inquiries involving: interviews, press, and all things media related. You can get the contact info for Labrinth publicist at Booking Agent Info. Labrinth's former publicist is Kelly McWilliam.

What is Labrinth's booking price?

The Labrinth booking fee depends on different factors like the date, location, and market activity. Booking Agent Info provides price estimates for booking Labrinth, and you would need to contact Labrinth's agent to get the official pricing.

..with the contact information for Labrinth agent, manager, and publicist.