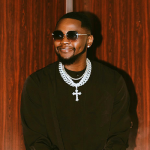 Anidugbe Oluwatobiloba Daniel was born on May 1, 1994 in Ogun State, Nigeria, Africa. Anidugbe is known as Kiss and got the nickname Kiss in school where it was common to be called Kisses if you had dimples in both cheeks but since he had just one dimple, they called him Kiss. Kiss is a Nigerian fast-rising Hip-Hop/Afro-pop performer, recording artist, and entertainer who is best known for his single called “Woju.” He released his first single in May 2014 called “Shoye” after being signed to G-Worldwide entertainment. His number one hit “Woju” produced by DJ Coublon was his second single released on September 1, 2014 and it was on the MTV Base Official Naija Top Ten for eleven weeks and spent six weeks as number one. Then he released a remix of the song and it peaked as number one and two, which was the first time an original song and its remix peaked at first and second places on the chart. Kiss also won two awards within three weeks for a video of his third single called “Laye” that was released in May 2015. He has had several nominations and has won several awards including Headies Best R&B/Pop Album and Album of the Year for “New Era” in 2016.

How to book Kizz Daniel?

You will want to contact Kizz Daniel's publicist. Kizz Daniel's press and management team handles all inquiries involving: interviews, press, and all things media related. You can get the contact info for Kizz Daniel publicist at Booking Agent Info.

What is Kizz Daniel's booking price?

The Kizz Daniel booking fee depends on different factors like the date, location, and market activity. Booking Agent Info provides price estimates for booking Kizz Daniel, and you would need to contact Kizz Daniel's agent to get the official pricing.

..with the contact information for Kizz Daniel agent, manager, and publicist. 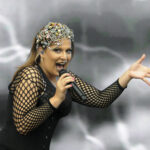