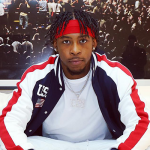 Keyshawn Davis, popularly known as The Businessman, is a professional lightweight boxer born on February 28, 1999, in Norfolk, Virginia, USA. He belongs to the Team Norfolk Boxing Club and is coached by Tyler Trask. His professional debut was on February 27, 2021, against Lester Brown. He represented USA Boxing in Olympic Games alongside Isley and Ragan for men's amateur boxing.

In 2020, he emerged first in the USA Olympic Team Trials for Boxing. Keyshawn has fought and won five bouts, winning four by knockout. However, he lost the gold medals of the Pan American Games (Lima 2019), the World Championship (Yekaterinburg 2019), and the 2020 Tokyo Olympics Games to Andy Cruz (Cuba).

Keyshawn emerged first at the 2017 and 2018 Elite National Championships. In addition, he placed first at the 2013 and 2014 National PAL. In 2017, he won first place at the National Golden Gloves, Youth Open, and Eastern Elite Qualifier. The following year, he emerged second at the Chemistry Cup and first at the Strandja Tournament.

How to book Keyshawn Davis?

The contact details for Keyshawn Davis management can be found here at Booking Agent Info. You can get access to all of Keyshawn Davis contacts by signing up and becoming a member. Keyshawn Davis's manager is Jessica Brown.

What is Keyshawn Davis's booking price?

The Keyshawn Davis booking fee depends on different factors like the date, location, and market activity. Booking Agent Info provides price estimates for booking Keyshawn Davis, and you would need to contact Keyshawn Davis's agent to get the official pricing.

..with the contact information for Keyshawn Davis agent, manager, and publicist. 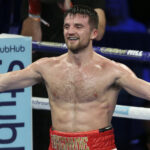 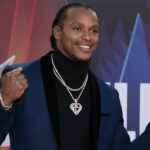 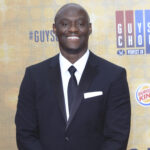 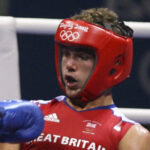 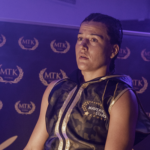