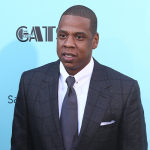 Jay-Z is the stage name of the American rapper, songwriter, entrepreneur, and record executive Shawn Corey Carter. He was born in New York City, New York on December 4, 1969. Jay-Z is considered to be one of the best rappers of all time and has been a global icon for over two decades. He started his music career after founding the record label Roc-A-Fella Records in 1995. The next year he released his debut studio album titled Reasonable Doubt. He has since released the albums In My Lifetime, Vol 1, Vol. 2…Hard Knock Life, Vol. 3…Life and Times of S. Carter, The Dynasty: Roc La Familia, The Blueprint, The Blueprint 2: The Gift & The Curse, The Black Album, Kingdom Come, American Gangster, The Blueprint 3, Magna Carta…Holy Grail, and 4:44. He has also released two live albums, five compilation albums, one mixtape, and five collaboration albums. Jay-Z has sold over 55 million studio albums worldwide. He has also been involved in a number of films, including Streets Is Watching, Backstage, State Property, Paper Soldiers, Fade to Black, The Great Gatsby, Made in America, Annie, and Rest in Power: The Trayvon Martin Story. In 2010 he released his debut book titled Decoded, which is part memoir and part a collection of his lyrics with the stories behind them. Throughout his career he has been nominated for numerous awards and has won 22 Grammy Awards, 3 Billboard Music Awards, 3 American Music Awards and more.

How to book Jay-Z?

You can book Jay-Z for your event by contacting Jay-Z's agent. Jay-Z agent will be able to provide you everything you need to hire Jay-Z including availability and pricing. You can get the contact info for Jay-Z's agent in our database.

The contact details for Jay-Z management can be found here at Booking Agent Info. You can get access to all of Jay-Z contacts by signing up and becoming a member. Jay-Z's managers are Alex Spiro and Daniel Ryan Kinney. Jay-Z management company is based in Brooklyn, New York.

You will want to contact Jay-Z's publicist. Jay-Z's press and management team handles all inquiries involving: interviews, press, and all things media related. You can get the contact info for Jay-Z publicist at Booking Agent Info.

What is Jay-Z's booking price?

The Jay-Z booking fee depends on different factors like the date, location, and market activity. Booking Agent Info provides price estimates for booking Jay-Z, and you would need to contact Jay-Z's agent to get the official pricing.

..with the contact information for Jay-Z agent, manager, and publicist. 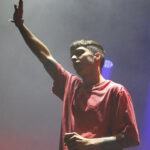 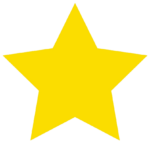