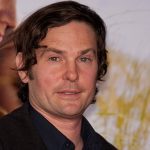 Henry Jackson Thomas, Jr. was born on September 9, 1971 in San Antonio, Texas. His interest in acting began when he was 8, and he eventually landed his first acting gig in Raggedy Man in 1981. He received a nomination for Best Actor from the Young Artist Awards for this part. He also appeared on VH1’s 100 Greatest Kid Stars list and E!’s 50 Cutest Child Stars list.

Thomas got his breakout role when he played the lead in 1982’s E.T. the Extra-Terrestrial. This role won him the award for Best Actor from the Young Artist Awards. He was also nominated for Best Actor awards from several other award shows, including the Golden Globes. He was also nominated for a Young Actor award for his part in Cloak & Dagger (1985) and yet another Golden Globe award for Indictment: The McMartin Trial (1996). He also starred in in Legends of the Fall opposite Brad Pitt, and he now has a role in the television series Betrayal.

Thomas was also a part of a band called The Blue Heelers, which released its album Twister in the 1990’s and had a couple songs that were played on the radio. Though he left Texas, he continued to make music. He worked with English rockstar Nikki Sudden to make music for a film, and he was planning to collaborate with him to release an album later, but Sudden died in 2006.

How to book Henry Thomas?

The contact details for Henry Thomas management can be found here at Booking Agent Info. You can get access to all of Henry Thomas contacts by signing up and becoming a member.

You will want to contact Henry Thomas's publicist. Henry Thomas's press and management team handles all inquiries involving: interviews, press, and all things media related. You can get the contact info for Henry Thomas publicist at Booking Agent Info.

What is Henry Thomas's booking price?

The Henry Thomas booking fee depends on different factors like the date, location, and market activity. Booking Agent Info provides price estimates for booking Henry Thomas, and you would need to contact Henry Thomas's agent to get the official pricing.

..with the contact information for Henry Thomas agent, manager, and publicist.