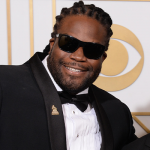 Gramps Morgan is an American-Jamaican singer, producer, and entrepreneur. Born on July 7, 1976 in Brooklyn, New York, Gramps is the son of the famous reggae artist Denroy Morgan, and a member of the Grammy Award-winning reggae band Morgan Heritage.

He came from a large family of 30. Although he was born in Brooklyn, he was raised in Springfield by his parents. He did his high school at Springfield Central High School, and was known for his football skills. He was offered multiple scholarships to universities, but he turned them down. Music was his destiny, and so, he decided to thread the path of entertainment.

Gramps became part of the Morgan Heritage band created in 1994, which consisted of his brothers. The band released several top hits and commercially successful reggae albums for the next two decades. One of the albums, “Strictly Roots” won Best Reggae Album at the 2016 Grammys.

The 46-year-old was also successful as a solo artist. His two solo albums, “2 Sides of My Heart, Vol 1” and “Reggae Music Lives” were commercial successes. In his solo career, he has performed with the likes of India.Arie, Kymani Marley, and John Legend.

Gramps lives in Nashville, Tennessee, and is married to biologist Dr. Annanbelle Manalo.

How to book Gramps Morgan?

The contact details for Gramps Morgan management can be found here at Booking Agent Info. You can get access to all of Gramps Morgan contacts by signing up and becoming a member. Gramps Morgan's manager is Tracey Wilder-Cripps.

What is Gramps Morgan's booking price?

The Gramps Morgan booking fee depends on different factors like the date, location, and market activity. Booking Agent Info provides price estimates for booking Gramps Morgan, and you would need to contact Gramps Morgan's agent to get the official pricing.

..with the contact information for Gramps Morgan agent, manager, and publicist. 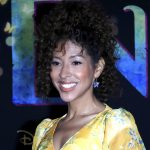