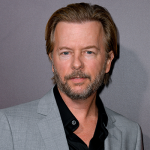 How to book David Spade?

The contact details for David Spade management can be found here at Booking Agent Info. You can get access to all of David Spade contacts by signing up and becoming a member. David Spade's managers are Marc Gurvitz and Alex Murray.

You will want to contact David Spade's publicist. David Spade's press and management team handles all inquiries involving: interviews, press, and all things media related. You can get the contact info for David Spade publicist at Booking Agent Info.

What is David Spade's booking price?

The David Spade booking fee depends on different factors like the date, location, and market activity. Booking Agent Info provides price estimates for booking David Spade, and you would need to contact David Spade's agent to get the official pricing.

..with the contact information for David Spade agent, manager, and publicist.