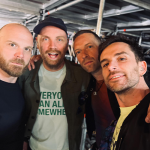 Coldplay is a multi-Grammy award winning British rock band from London, England known for their singles, ‘Yellow’, The ‘Scientist’, ‘Fix You’ among many hit singles. The band formed in 1996 when founder and lead singer Chris Martin met and guitarist Johnny Buckland at their college orientation at University College London. Aspiring to put together a band, the pair eventually met their bassist Guy Berryman along with the addition of Will Champion as the drummer during their college years. Coldplay rose to fame with their single, ‘Yellow’ in 2000 along with the release of their debut album, ‘Parachutes’ which debuted at number one on the UK Albums Chart and received a Mercury Music Prize. Coldplay’s breakthrough debut also won them Best British Group and Best British Album at the Brit Awards the following year. Followed by this success was the band’s second studio album, ‘A Rush of Blood to the Head’, which also won the same two Brit Awards from the previous year along with their first Grammy Award for Best Alternative Music Album in 2003. Most of 2004, Coldplay worked on their third album, ‘X&Y’, while taking a break from worldwide touring. The album was released in 2005 produced more of the band’s hit singles such as ‘Fix You’ and ‘Talk’. Their fourth album, ‘Viva La Vida or Death and All His Friends’ arrived in 2006 which landed at number on the UK Album Chart, received 3 Grammy wins, nominated for four Brit Awards and were named the World’s Best Selling Act at the World Music Awards in 2008. Their fifth album, ‘Mylo Xyloto’ was released in 2011 followed by their album, ‘Ghost Stories’ in 2014. ‘A Head Full of Dreams’ landed in 2015 before their most recent body of work, ‘Everyday Life’. Coldplay has sold 100 million records worldwide and currently has one of the most played songs on Spotify with their collaboration with The Chainsmokers titled ‘Something Like This’ with over 1 billion plays.

How to book Coldplay?

You can book Coldplay for your event by contacting Coldplay's agent. Coldplay agent will be able to provide you everything you need to hire Coldplay including availability and pricing. You can get the contact info for Coldplay's agent in our database.

The contact details for Coldplay management can be found here at Booking Agent Info. You can get access to all of Coldplay contacts by signing up and becoming a member. Coldplay's managers are Dave Holmes, Phil Harvey and David Weise.

You will want to contact Coldplay's publicist. Coldplay's press and management team handles all inquiries involving: interviews, press, and all things media related. You can get the contact info for Coldplay publicist at Booking Agent Info. Coldplay's former publicist is Jack Beadle.

What is Coldplay's booking price?

The Coldplay booking fee depends on different factors like the date, location, and market activity. Booking Agent Info provides price estimates for booking Coldplay, and you would need to contact Coldplay's agent to get the official pricing.

..with the contact information for Coldplay agent, manager, and publicist. 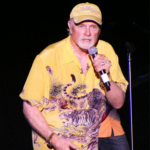 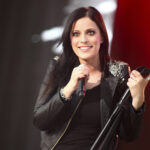 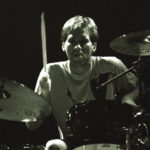 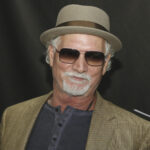 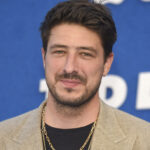 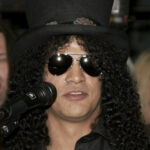