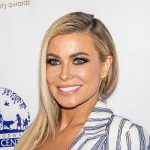 Carmen Electra is the stage name of the American model, actress, television personality, singer, and dancer Tara Leigh Patrick. She was born in Sharonville, Ohio on April 20, 1972. Carmen started her career as a singer after moving to Minneapolis, Minnesota and meeting Prince. She signed to Prince’s label, Paisley Park Records and he produced her debut studio album self-titled Carmen Electra that was released in 1993. She moved to Los Angeles, California to pursue an acting career. In 1996 she landed her debut role on television in the show Erotic Confessions and continued landing roles in shows like Baywatch, Pacific Blue, Singled Out, Off Centre, Monk, Tripping Rift, Hope & Faith, Summerland, Joey, 90210, Suburgatory, The Birthday Boys, Jane the Virgin and others. She made her debut in film in 1997 in the movie American Vampire and has since had roles in the films Starstruck, Good Burger, Scary Movie, Perfume, Uptown Girls, Dirty Love, Getting Played, Date Movie, Hot Tamale, I Want Candy, Barry Munday and more.  In 1996 she was featured in a pictorial for Playboy magazine and over her career was featured in the magazine four more times. In 2007 she released her debut book titled How to Be Sexy.

How to book Carmen Electra?

The contact details for Carmen Electra management can be found here at Booking Agent Info. You can get access to all of Carmen Electra contacts by signing up and becoming a member. Carmen Electra's former managers are Elis Pacheco, Jennifer Merlino and Stephanie Simon.

What is Carmen Electra's booking price?

The Carmen Electra booking fee depends on different factors like the date, location, and market activity. Booking Agent Info provides price estimates for booking Carmen Electra, and you would need to contact Carmen Electra's agent to get the official pricing.

..with the contact information for Carmen Electra agent, manager, and publicist. 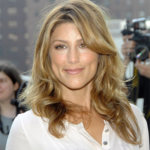