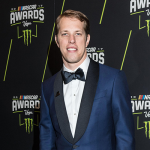 Bradley Aaron Keselowski, known as Brad Keselowski, is a professional racer, team owner, and entrepreneur born on February 12, 1984, in Rochester Hills, Michigan, USA. His career began in the NASCAR Craftsman Truck Series. He is the second racer after Bobby Labonte to win the NASCAR Sprint Cup and Nationwide series championships.

Brad had his big break in 2007 after competing for Germain Racing at Memphis Motorsports Park, winning the pole and leading 62 laps. The following year, he won two races for JR Motorsports. His first NCS victory was in 2009, driving for James Finch at Talladega Superspeedway. Brad won 67 races (NCS and NXS combined), the team's first Cup Series championship, an NXS Driver title, and four NXS Owner Championships for Team Penske.

How to book Brad Keselowski?

The contact details for Brad Keselowski management can be found here at Booking Agent Info. You can get access to all of Brad Keselowski contacts by signing up and becoming a member. Brad Keselowski's managers are John Caponigro and Brian Roemer.

What is Brad Keselowski's booking price?

The Brad Keselowski booking fee depends on different factors like the date, location, and market activity. Booking Agent Info provides price estimates for booking Brad Keselowski, and you would need to contact Brad Keselowski's agent to get the official pricing.

..with the contact information for Brad Keselowski agent, manager, and publicist. 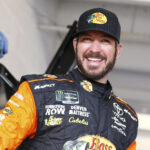 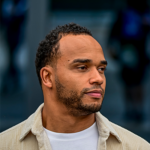 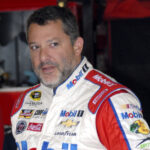 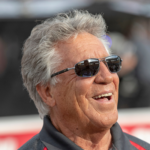 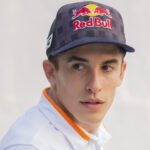 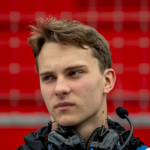