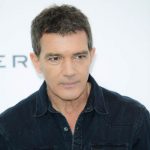 Antonio Banderas was born in Malaga, Spain on August 10, 1960. At the age of 19, Banderas moved to Madrid and worked as waiter and model. He spent his first ten years of his acting career in Madrid. His major roles were the movies directed by the Spanish-favorite Pedro Almodovar. Antonio Banderas joined the troupe at the National Theatre of Spain, becoming the youngest member of the company, where Almodovar noticed him.

His debut was in 1982, in the movie Labyrinth of Passion. However, his best known early role was Law of Desire in 1987, in which Banderas performed as a gay man. At the time, he was still unknown in the Hollywood scene, and because of his accent, he has a hard time getting lead roles. He eventually got one in The Mambo Kings in 1992 along with Philadelphia which also starred Tom Hanks in 1993. He became one of the A-list actors with a role in the movies Interview with a Vampire: The Vampire Chronicles, Evita, Zorro and Mask of Zoro. Antonio Banderas is a Tony Award winner for he performance in the Broadways musical Nine and director of the movies Crazy in Alabama (1999) and Summer Rain (2006). As one of the well-established Hollywood actors, after 2011 he went back to his origins and made a new movie with Pedro Almodovar, The Skin I Live In. More recently, in 2015 he produced The 33, a true story about Chilean miners trapped underground.

How to book Antonio Banderas?

The contact details for Antonio Banderas management can be found here at Booking Agent Info. You can get access to all of Antonio Banderas contacts by signing up and becoming a member. Antonio Banderas's manager is Emanuel Nunez. Email [email protected] if you have questions about our service.

What is Antonio Banderas's booking price?

The Antonio Banderas booking fee depends on different factors like the date, location, and market activity. Booking Agent Info provides price estimates for booking Antonio Banderas, and you would need to contact Antonio Banderas's agent to get the official pricing.

..with the contact information for Antonio Banderas agent, manager, and publicist.