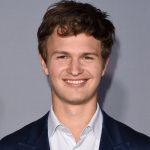 Ansel Elgort, born March 14th, 1994 in New York City, New York is an actor, singer, and a DJ. As a DJ he plays under the moniker Ansolo. He began his musical career after creating his moniker and opening up a Soundcloud account to produce electronic music. In 2014 he released his first record entitled “Unite” on Beatport and iTunes. In the same year he released his second track called “Totem.” In 2014 he played his first show at the Electric Music Festival main stage. In 2015 he released his next single called “To Life.”  In the same year he played a show at Ultra Music Festival.  Ansel also opened up shows for The Chainsmokers, NERVO, Nicky Romero, and Martin Garrix. In 2017 he released his newest single called “Thief.” Ansel was also featured on the rapper Logic’s album Everybody.

How to book Ansel Elgort?

The contact details for Ansel Elgort management can be found here at Booking Agent Info. You can get access to all of Ansel Elgort contacts by signing up and becoming a member. Ansel Elgort's manager is Emily Gerson-Saines.

You will want to contact Ansel Elgort's publicist. Ansel Elgort's press and management team handles all inquiries involving: interviews, press, and all things media related. You can get the contact info for Ansel Elgort publicist at Booking Agent Info.

What is Ansel Elgort's booking price?

The Ansel Elgort booking fee depends on different factors like the date, location, and market activity. Booking Agent Info provides price estimates for booking Ansel Elgort, and you would need to contact Ansel Elgort's agent to get the official pricing.

..with the contact information for Ansel Elgort agent, manager, and publicist.